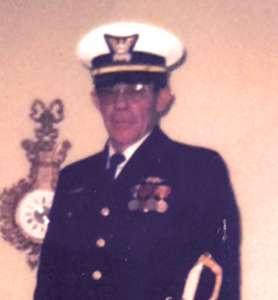 He was born December 7, 1931 in Craigsville, Virginia, the son of the late Resta Nickell Cauley, Sr. and Lucy May Samples Cauley.

Nick served as a CW04 in the United States Coast Guard as a Naval Engineman.

He was a veteran, serving 10 years in the Navy, and 17 years with the United States Coast Guard.

Nick was preceded in death by his wife of 60 years, Stella Lumsden Cauley and a grandson, Derek Alan Lawson.

A graveside service will be conducted at 11:00 a.m. Monday, July 25, 2022 at Craigsville Community Cemetery with Pastor Claudette Wilcher officiating.