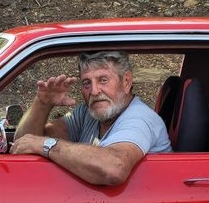 He was born May 13, 1950 in Rockbridge County, Virginia, the son of Ruth Jane Hostetter Kirby and the late Ramus Hinkle.

Larry was self-employed as a carpenter for most of his life and always called himself a shade tree mechanic.

He was a veteran of the U.S. Air Force.

He was preceded in death by his wife, Cynthia Ingram Hinkle; and a brother, George Hinkle.

A private service will be conducted at a later date.

Memorial contributions may be made in lieu of flowers to help the family with expenses at 4 Rockbridge Way, Goshen, VA 24439.