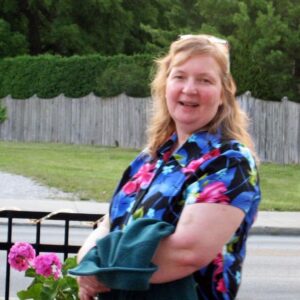 She was born October 30, 1961 in Warsaw, Indiana, the daughter of the late Clarence Brown Jr. and Viva Jane (LaFollette) Wolfe.

After raising two daughters and working a factory job, Jody reflected on the path of her life.  She decided to go back to school to become a lawyer and passed the bar on her first attempt.  She then owned her own law practice in Staunton, VA for many years.

Jody had many hobbies.  During college basketball season, you could find her locked into Duke basketball for every game.  She had a love for dogs, specifically Cairn Terriers. She was also an accomplished bridge player.