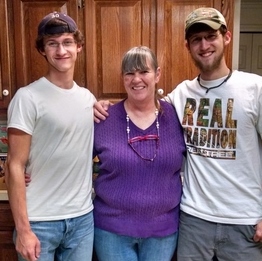 She was born September 20, 1956 in Staunton, Virginia, the daughter of Helen Louise Hostetter Burke and the late John Edward Burke, Sr.

Dorothy formerly worked in the catheter department at Hollister in Stuarts Draft.

She was a loving daughter, mother, and grandmother who loved her family and was an avid outdoorsman, enjoying hunting, fishing, and playing cards.  She attended Rockbridge County High School.

She was preceded in death by her father and a nephew, Ronnie Lee Weaver, Jr.

A Celebration of Life will be conducted at 2:00 p.m. Friday, October 1, 2021 at Craigsville Funeral Home with Claudette Wilcher officiating. Interment will be in Goshen Baptist Church Cemetery.  The family has requested that attendees dress casual and comfortable in honor of Dorothy.

The family will receive friends from 6 – 7 p.m. Thursday, September 30, 2021 at Craigsville Funeral Home and at her daughter’s home in Millboro at any other time.