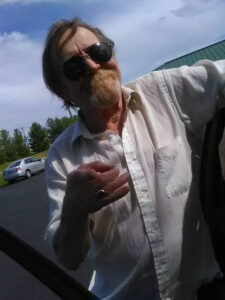 He was born February 15, 1948 in Dexter, Maine, the son of the late Perry Leroy Frost, Sr. and Persis Gertrude Knowlton Snowman.

For over 20 years Darryl was employed as a general laborer for Faulkner Construction.

He was a loving father, grandfather, and great grandfather who enjoyed fishing, camping, traveling, and sightseeing with his family.  He always told them “I’m with you” during hard times.

He was preceded in death by a brother: Perry Frost, Jr.

A funeral service will be conducted at 11:00 a.m., Tuesday, April 19, 2022 at Craigsville Funeral Home with Pastor Golden Clark officiating. Interment will be in Craigsville Community Cemetery.

The family will receive friends from 6 – 7 p.m. Monday, April 18 at Craigsville Funeral Home.